Here is a little story I wanted to send off to you all on its own, because to me it's just a little bit special. 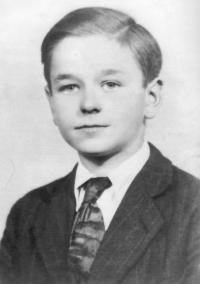 It's a resume of the story of Francois Casteignier of the Comete Line. Hardly anyone knows about him today or perhaps even cares, but I do and hope your readership may understand why. For your reference, I have attached a picture of him, as well as an illustration featured in ICARE magazine, a French magazine devoted to aero-subjects, in issue 151, Tonme 4, dedicated to Comete, entitled, Aviateurs et Resistants. 1994. The illustration captures the story of Francois brilliantly with a few ink lines in a way prose cannot easily compete with. I also attach a picture of Alice Casteignier-Goret taken from her resistance membership card in 1954. Her world weariness seems quite evident.

Francois was the son of Alice Goret, who was married to Jean Jules Casteignier (the latter is the correct spelling of the family name- I may have it wrong in photo IDs and other references).

His mother Alice, was an ideal of the resistance worker. She was dedicated and brave, and she sheltered an estimated 50 airmen and was involved in significant resistance activity. She was quite capable of 'deadly' action when necessary and did so to prove it on more than one occasion. Having been a prisoner of the Germans in WWI, due to her family's resistance activity even back then, she entered the Second World War fully committed to the allied cause. She was, as they say, a resistant, 'de la premier heur' - from the very first hour, and she fought the war in her own way to the bitter end ... more bitter for her than for most.

Now, I am about to impart to you a truth very few people know about. It was through her that Jacques Desourbri, the arch-villain and 'bête noire' of the Comete line was able to achieve his many successes against the Comete line. It was through her and by abusing her trust that he first came into contact with Comete in early 1943 and it was through her that he kept in touch with its progressive changes allowing him to re-infiltrate the line as occasion and opportunity allowed for the following year. He was able to maintain her trust until the summer of 1944, at which time she finally realized what he really was. This in essence, was the background to most of Comete's tragedies.

However, this message is not about her, great as she was in her own right, but about her son, Francis. The picture I have attached is one taken of him on the 28th of December, 1943. He was then 15 years old. He would be arrested three months later.

Here was a young boy, completely inspired by his mother and absolutely and completely devoted in all of his young and pure innocence to the cause of the allies. Any mother or father would have been proud to have such a son. Matured beyond his years, due to war conditions, he was involved in many missions on behalf of his mother and for Comete Paris. He worked with 'Paul' de Jong and 'Baby' Ayle, survived their arrests, worked with the fabulous Gabby Waim, a veteran of both Comete and Burgundy, went through the trials of Comete's disaster in January of 1944 and carried on from there. He carried messages, acted as a liaison between various agents, and helped to guide allied airmen from the coastal areas of France and the north back to Paris.

Did he help any men of the 100 BG? I don't know. We simply don't seem to have that kind of information available in the archives. It is quite possible because he was current and he was active, but we have no positive proof. In any case, it really doesn't matter because he represents the very best and purest of the resistance spirit, and in this way he represents and stands for everyone who shared his aims and goals. His age, and bearing, rather than his activity, is what makes him remarkable ... and, to us today, over 60 years later, his image brings home to anyone who looks at him the tragedy of war and the loss of all that is good and the waste of human potential.

In mid February, 1944, Jacqes Desourbri, aka 'Pierre Boulain', attended a private dinner and meeting of the group of people Michou Dumon had assembled following the collapse of Comete in January. The dinner was hosted by 'Martine' Madeline Noel, the designated leader of the new grouping in Paris. Within two weeks, at the very beginning of March, the new series of Comete Line arrests began.

Alerted by the very first of these, Francois volunteered to try to warn others to take care and go into hiding. One of the addresses he had to go to was that of 'Martine' and he arrived at her apartment with a large sum of money to help her in her escape. The Gestapo were already there and waiting. He was arrested with the compromising sum of money. He was taken to Gestapo HQ and soon afterwards, was confronted with his mother, who had, in the meantime, been picked up. He was tortured in front of her but bravely kept his silence and protected her from any implication. She was soon released. Pity the poor mother in this situation.

Of course, it was all a needless game for them since the Germans already secretly knew what everything was about because of Desourbri. Francois was sent to the concentration camps in Germany, and to all intents and purposes disappeared there. Imagine for a moment you were his parent and you will understand part of what it was like to have been involved in the resistance.

During and after the liberation of Paris, Mrs Goret began to receive threatening messages to remain silent or her son would answer for her, References to these threats show up in her NARA file dated 1944.No doubt these threats originated from Desourbri himself, who was still a large at that time.

After the end of the war, Francois appeared at the railway station at Orsay in Paris. In the words of is mother, he was nothing but "a large head on top of a skeleton". He was one of the victims of medical experiments done on children in the concentration camps and had been submitted to some sort of special injection . He was sent to the sick children's hospital in Paris where, in time, he recovered some of his health, but the effects of his treatment, at the hands of the Nazis, effected an early death and he passed way at the age of 38 in 1966.

Suffer the little children to come to me…