Attacked Over the North Sea 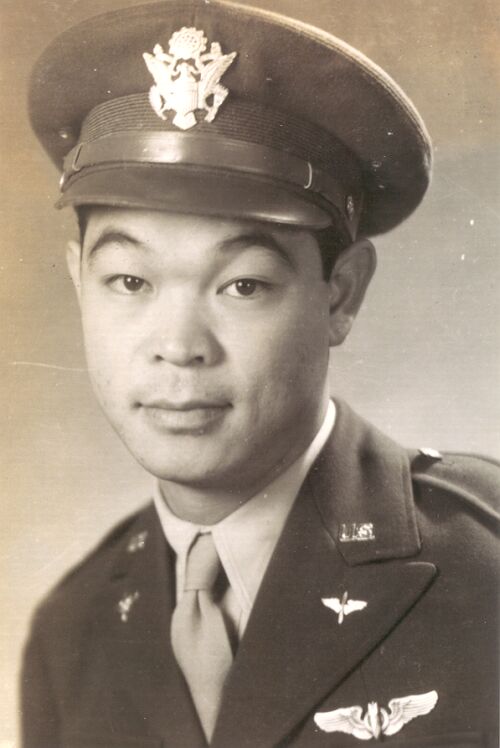 On the morning of 24 September 1943 we were alerted for a trip to Stuttgart. Adverse weather canceled the mission and we all retired to our sacks. It was almost noon when we were recalled and quickly briefed for a hurried practice mission in the area of the Wash. I later found out the entire Third Division had been called out for this effort to experiment with Pathfinder bombing.

Out crew, under pilot John Gossage, having racked up our first mission the day before, headed for our ship, "Laden Maiden," we found it still loaded with 500-pound bombs. No time to unload the bombs so we were assigned to another ship. "Damdifino II."

There was no time to check things except the important items. Ten machine guns lay in the nose compartment. A few ships had skeleton crews, but we had a complete crew. Major Flesher and Capt. Barr led the high squadron. We flew the #2 position. Assembly was routine.

Before too much time had elapsed our navigator, J. Ward Dalton, Jr., told me we were nearing our target area, so I prepared for bombing. The clouds were 10/10 beneath us. I waited for ages but received no signal for "prepare to bomb" and began to wonder how much further we had to go. We were supposed to rendezvous with our friendly escort, P-47's, near Wash. When we spotted a bout ten to fifteen dots headed toward us from one o'clock we naturally thought they were our fighters.

We were rudely disappointed. The top turret of Barr's ship began to sputter and we were alerted. They circled and came on us from the right. I unlimbered my nose gun. The attack was fast and invisible. They came out of the sun at one o' clock. Our fuselage, from the bomb bay back, was ripped with machine gun fire. Then a 20mm landed directly behind Number Three engine. The oil tank was hit and flared up furiously. We were flying tight to Barr who kept waving us away. We stuck to him like a leech as we thought he wanted us closer.

Then we discovered the fire and banked away and lost altitude. Gossage intended to ditch but the wing was burning so badly he thought the gas tanks would go. He then gave the order to bail out. I opened the bomb bay doors and we commenced to hit the silk. We must have been no higher than 1,000 feet when I went out, as I hit the water right after I yanked my rip cord.

I was in the North Sea about 45 minutes when I saw the boats. I marveled at the fast action of Air-Sea Rescue. Two boats passed on either side of me while I was hollering my head off. They didn't hear me and I thought I was lost.

Then a boat came down the middle and picked me up. My only thoughts were that God must have directed them. Bruce E. Alshouse, tail gunner, Mike Gillen, radio operator, and I were picked up by the same boat. The other boats picked up John Gossage and William Humphrey, engineer/ top turret gunner. The Co-Pilot, William Grier and the Navigator, J. Ward Dalton, were dead when they were picked up. We stayed in the area for a long time, but the boats could find no trace of the two waist gunners, Clyde O. Lovell and Ralph Schulte, or the ball turret gunner, Francis J. Cooman.

How ironic! The air-sea rescue turned out to be British motor-torpedo boats, five English-manned and one Polish-manned out on a sortie to the Dutch coast. That night we played tag with German shipping and German "E" boats all near the Dutch coast. We were picked up by Commander Donald Bradford, who was leading the flotilla. He will long be remembered in my thoughts.

I learned later that our pilot, John Gossage, stayed with the plane. He wanted to skim the water and make a splash which might put the fire out. It didn't work. He hit the water nose down. Somehow, while the nose was under water, he crawled through the side window. He had to leave a shoe behind a rudder pedal. The ship floated for five minutes and then dived for the last time.

By the way we never received credit for that combat mission.